Home / HVAC Filters / What Should You Know Before Buying a Carbon Air Filter?

What Should You Know Before Buying a Carbon Air Filter?

There is nothing better than being in an area where the air is comfortable and irritation-free in addition to being conductive. One of the crucial elements required for the home's heating and cooling system is air filters. As pollutants flow through carbon air filters, they respond chemically. It is a household air filter made to take pollutants, gases, and odors out of the air. They are created for the carbon filtration process, which involves passing gases through an activated carbon bed.

Since World War I, when gas masks were used to obliterate some lethal chemicals used against the army, carbon has been utilized to filter air. But only some poisons were resistant to it. It finally resulted in the creation of contemporary water and carbon air filters. Today, our attention will be on the modern use of carbon for filtering air indoors. 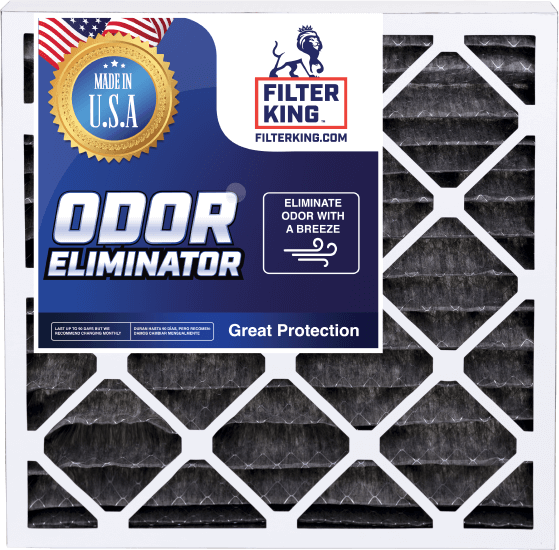 What does a carbon air filter do?

A carbon air filter's primary function is to remove gases from the air. Air filters were created as a result of the rise in air pollution and the pressing necessity to shield sensitive human organs from dangerous compounds contaminating the air we breathe. The removal of volatile organic compounds (VOCs), which are generated by common household goods, is the ultimate purpose of a carbon air filter. What makes them so effective in eliminating scents, then? It is as a result of how they respond to particles. Adsorption is a method that the carbon employs to make gas molecules stick to it. By doing this, the gas molecules are prevented from moving about and are kept in the filter.

What is the difference between a charcoal air filter and a carbon air filter?

How do Activated carbon filters work?

To break open the carbon's fractures, activated carbon is heated to an extreme temperature. This increases the carbon's surface area enormously, enabling it to catch and store more foreign compounds in the indoor air supply. After that, the carbon material is added to the filter media as a fine powder. Will this cause the carbon, which is now a fine powder, to enter your air ducts, you might be asking? Well, no, as the carbon is bonded to the filter fiber by a molecular connection. By using valence electrons, the activated carbon filter media blocks smells and vapors at the molecular level. Carbon air filters link at the molecular level to aromas, vapors, and gases to stop them from passing through your air ducts, in contrast to normal filter media, which merely holds onto foreign material entering the airstream. When toxic vapors enter the air and manage to avoid the body's natural defenses, the activated carbon medium functions as a sponge. Vapors can often reach the lungs and bloodstream more quickly than other particles and are more difficult to catch.

The short answer to this is yes because of usage over time. In fact, when the pre-filter is blocked, carbon air filters decrease indoor airflow. They ultimately accumulate enough particulate matter in the carbon and become clogged with use. The pre-filter may need to be cleaned three to five times at first before wearing out. You can check to see if the impeller blades are also clean. These are often clean if you pull them through the filter, but if you push them through the filter, they can get quite dirty and reduce the draw of the fan.

Pros and Cons of a Carbon air filter

How To Change Air Filters